Another week has past, another update. I am glad to report we have had a positive week. Last Sunday Bram knew his grandparents were coming over from The Netherlands. And he decided to impress them. Bram was taken off the intensive care and is now on the high dependency care unit. His breathing got better during the week, and he is now already quite a few days off the oxygen support. Completely breathing by himself, day and night!

Also the antibiotics he is getting to fight a bug in his brain fluids seems to be working so far. And he is also gaining weight again. Not just a little bit, but a lot. In just 10 days he gained 1.6 kgs. He is now back around the weight he was before he fell ill.

Bram looks a lot healthier without all his lines, having gained that weight and finally being able to wear clothes again. We start to see the old Bram again. The physio team are working with Bram now as well. He has two chairs to sit up in, a play mat, a table and a list with some workouts for him. We can already feel some difference. Some strength is returning in his body.

Obviously there are still quite a few issues, we feel that Bram made a real step this week and hope this continues in the coming weeks. He will get at least four more weeks of antibiotics before he can start his cancer treatment. This gives him the time to get much stronger and deal with the current issues before we set sail on that journey.

The attached photo was taken earlier today and shows the progress Bram has made. This is our first photo together as a family since Bram got hospitalised . We still have a long way to go, but moments like this give us the strength we need to fight his horrible disease. 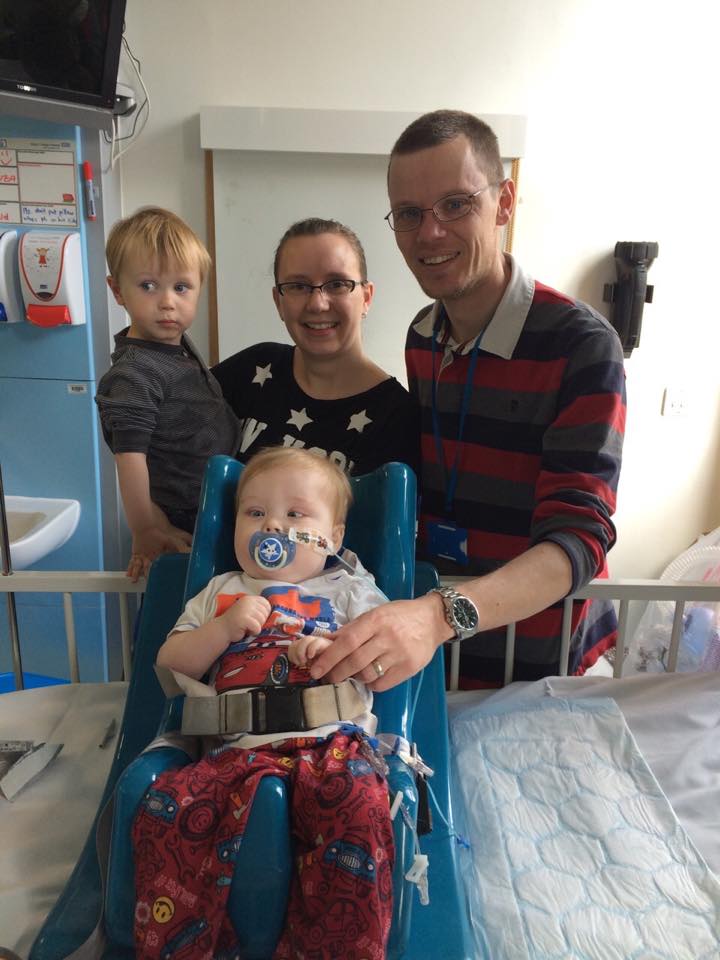