Bram is unfortunately back on the intensive care unit. Last sunday his CT scan showed increased levels of brain fluids. Some of these were tapped off a couple of hours later and on Monday afternoon Bram underwent his sixth round of surgery. The valve in his shunt got replaced with one which works at a lower pressure. This surgery has been a big succes and Bram has responded really well to this. He has been a lot better the last couple of days. We can finally hold him upright again, and the physio team even provided him with a chair to sit in. We really thought we had finally turned a corner…..

On Wednesday we were informed that a bug was found in his tapped brain fluids. This is potentially very serious and that’s why the medical team has started a very heavy dose of antibiotics to fight this bug. This treatment will last 4-6 weeks and will unfortunately delay his cancer treatment. It does give bram the opportunity to gain strength and buys him time while sorting out his remaining neurological issues. He does not properly swallow nor gag at the moment and his vocal cords are not working properly either. This causes problems for Bram because he can’t properly clear his throat of secretions. Hopefully by gaining strength he will be able to start to control this better.

When Bram’s bug treatment has finished and he is strong enough he will be transferred to Great Ormond Street Hospital to start his cancer treatment. Because of the fact that he is still on intensive care proton beam therapy can’t be applied for yet. Therefore to not lose any more time the latest plans are for Bram to start chemo therapy when her goes to Great Ormond Street Hospital. Currently we are still awaiting the complete treatment plans, as this very much depends on Bram’s condition. Bram’s surgeons are still talking about proton beam therapy, possibly after some chemo therapy. As you can read Bram’s medical case is very complicated.

Bram has had manu setbacks so far, but has overcome everyone so far. Yesterday we saw signs of the Bram as we know him when he gave us his signature smile. That smile gave us all the hope and strength we need in this incredible tough fight. He has won every fight so far and will KO his cancer!

We have been deeply touched by so many kind and generous donations in the last week. Almost £3000 have been raised so far. Our friends at toad hall nursery (max’s nursery) even did a 5 mile walk for Bram, and organised a cake sale. It really helps knowing that there is so much support for Bram in his big fight. Thank you all! 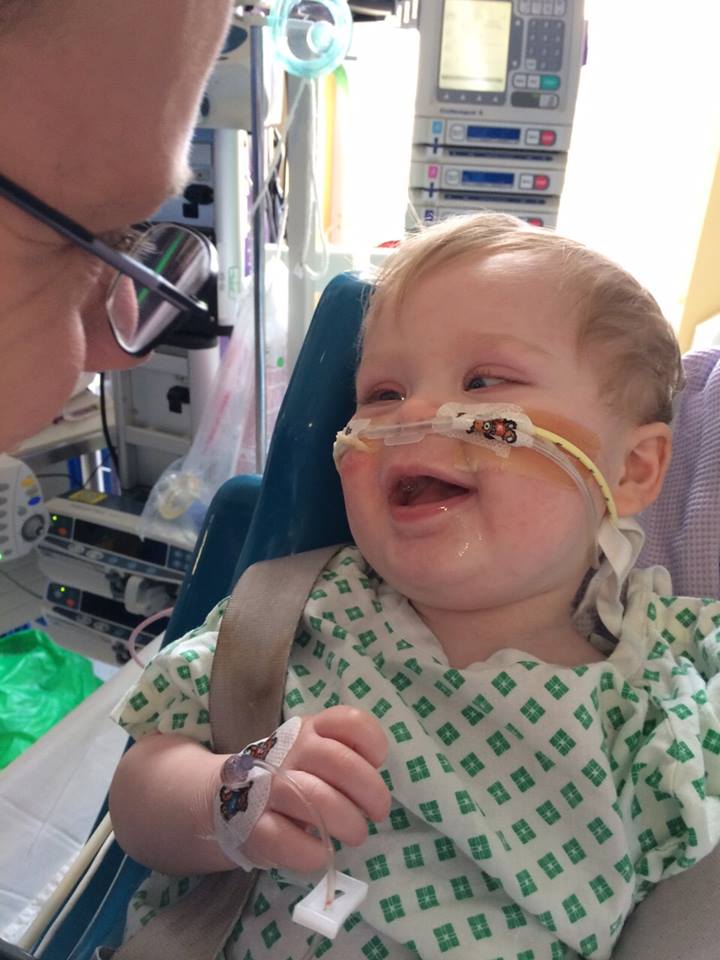